In Case You Missed It: Defining Social Media Boundaries 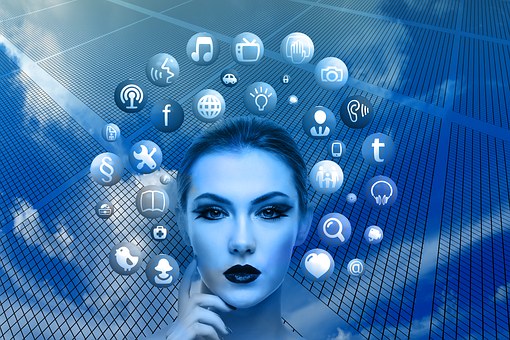 Editor’s Note: This blog post appeared on LinkedIn and on The Social Media Club of San Francisco sites on July 13, 2016

What is disturbing is that seemingly adult leaders—in our government, in the media, at our workplaces—are surprised at the “public blowback” to their online rants or their employers “less than forgiving” stance regarding inflammatory and “sometimes hateful online comments.”

We all have a right to express our emotions, right? Social media is all about authenticity, right? But we all have a responsibility to manage our emotions and be mindful of the consequences of what we say and what we do. That’s called adulthood. Sorry if this sounds too sensible.

“It astounds me that people working in the media tweet without thinking. I argue that it is not just a matter of new technology that makes it possible, but rather some media workers not being socialized to the values of journalism and social responsibility. I believe it is a huge problem.”

There is never any good excuse for bad behavior. Try telling a traffic court judge that you didn’t know the speed limit. They’ll just bang the gavel and increase your fine! In the social media realm, you rarely get a do over, so it is imperative to put a few rules in place. Most companies have been doing this, and thankfully, their employees are heeding their policies.

A few years ago, Geoffrey James penned an article outlining sensible social media rules (http://ow.ly/AHXj302dXJT). He based them loosely on IBM’s social networking policy. A few of 13 steps that he identified are:

Bottom Line: The Boundaries Are Solid

The lesson is clear. The boundaries never moved.

So if there is any question on what the social media boundaries are, take a moment to read your company’s policy. Click on the link to read James’ 13 Rules. Consider the results of others’ “itchy finger syndrome” by reading Hersher’s NPR piece.

Remember the first rule of media training: If you don’t want the boss to see it, don’t say it.

I 110% agree, I believed her then and I believe her now, nobody who has been assaulted would purposefully put themselves through what she did. https://twitter.com/JasonOverstreet/status/1418404365757390851

I believe Justice Brett Kavanaugh sexually assaulted Dr. Christine Blasey Ford exactly the way she told the world he did. I believed her then. I believe her now.

We're live! Discussion on Self-Love
MindPlore with Carla and Friends https://fb.watch/v/6PTbNVg0b/ via @FacebookWatch

Dear .@GOPLeader, this is #onbrand for a 10-year-old bully gang leader. Please grow up. You represent my state. For heaven's sake, do your job. #AdultingAndStuff

NEWS: @GOPLeader will pull all Republican members from the Jan. 6 committee in response to @SpeakerPelosi vetoing the appointment of @RepJimBanks and @Jim_Jordan